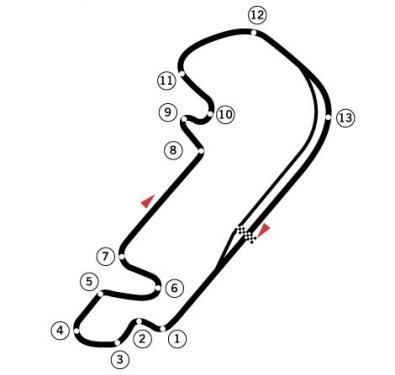 Located in Speedway, Indiana, Indianapolis Motor Speedway is a National Historic Landmark and has been a race venue since 1909. It’s feature race since 1911, the Indianapolis 500, consumes the state of Indiana each May, with a capacity crowd over a quarter of a million strong. Originally surfaced with tar, but requiring a more durable surface, the Speedway was later repaved with over three million bricks, eventually removed and repaved with asphalt. The oval itself remains very close to the original specifications, with only small changes over the years such as larger and smaller flat aprons inside the banking.